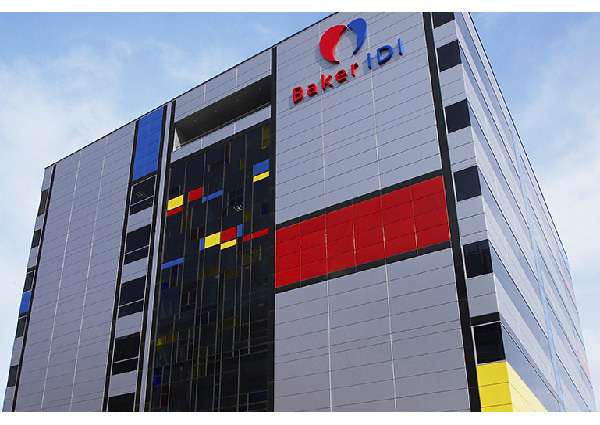 One of the greatest threats to the health and productivity of Australia is the increasing rate of obesity and its complications, especially diabetes and heart disease.

The Baker IDI Heart and Diabetes Institute, has been created through the merger of two of the nation’s most distinguished research organizations the Baker Heart Research Institute and the International Diabetes Institute. Baker IDI creates a critical mass of researchers, scientists and clinicians to strengthen and broaden its approach to tackle this epidemic.

The decision was made to tender for a Unified Communications solution which would upgrade both the voice and data components as one project and provide a platform that was self manageable, expandable to cater for new staff and initiatives, and well supported by the chosen vendors. Being a research institute, Baker IDI is not a typical office environment. Staff have widely varying communications and IT requirements. In some cases, phones are shared between staff and there are also laboratory environments where it is difficult to deploy communications.

Baker IDI chose a Cisco/IPFX solution consisting of Cisco data network, Cisco Unified Communications Manager (Call Manager) for the IP PBX and IPFX for the Unified Communications applications. This solution was chosen as it best met the requirements of the Baker IDI tender in terms of functionality and price. IPFX for Outlook was deployed on the users’ desktops which provide voicemail with smart greetings, unified messaging, Presence, live directories and other computer telephony functionality to the staff.

The IPFX operator console was deployed for the receptionist to provide a tool for handling incoming calls. The IPFX core server communicates with the Cisco IP PBX via the open standard TAPI interface.

Since deployment of the solution, Baker IDI has realised many significant benefits from the solution. Firstly, Presence is being used widely through the organization. In some cases, Presence is updated automatically from the Outlook calendar whilst in other cases, staff prefer to update their Presence state via the simple IPFX interface within Outlook or directly via the phone handset. This enables other staff and the receptionist to be able to see the real time availability of other staff.

IPFX’s Presence also controls forwarding of phones such that calls are diverted from the extension based on the Presence state and if the call goes to voicemail, a greeting which tells the caller where the staff member is and their expected return time is played. Many of the staff are also on the move so being able to receive the voicemail in their email inbox is valuable when they are not at their desks.

The integrated IPFX Operator console is used by the receptionist to answer incoming calls and transfer these calls to staff. The receptionist now has visibility of all the staff’s presence state and can hence transfer calls more effectively.

A key benefit of the new solution is that Baker IDI IT staff can now make their own adds, moves and changes. Whether it is adding a new user, changing properties, or moving users to different locations, this is a very simple process that previously incurred external costs by contracting in engineers for the various technologies that were impacted. Response times have been significantly improved and costs reduced.

Several Baker IDI staff work from home part-time or travel frequently so being a fully IP based solution enables the Unified Communications solution to be extended to these home workers via use of a softphone and the IPFX functionality on their laptops.

Baker IDI also now has a fully supported solution with service contracts which ensures that issues that arise can be corrected in a timely fashion. Their previous environment had become unsupportable due to the age of the technology and the extent of variation and supply of second hand data equipment.